An RPG game with an old-school approach and its own construction set! 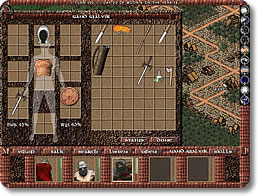 RuneSword II takes us back to the days when role-playing games came with hefty manuals, requiring players to use pen and paper to keep track of everyone's progress, which was half the fun.

RuneSword II also comes with a completely flexible game construction set/world maker so that you can control every aspect of the game. You're free to develop any RPG genre to suit your playing tastes.

Runesword II is a game that conjures up memories of classic role-playing games (RPGs) like Dungeons & Dragons or Diablo.

You can play several pre-made adventures, or create your own. You actually see the die rolls that determine whether attacks hit or miss. You can create and customize the characters in your party. You can travel with a small party with as few as one character, or create a massive party of up to 9 different characters. You explore the gigantic world and take on fearsome monsters. This game is a perfect choice for players looking for a classic RPG look and feel, although it does have its issues as well.

Gameplay is Runesword II is very similar to many RPGs, especially pen and paper or tabletop games like Dungeons & Dragons. You can begin an adventure by selecting one of the ones already created and included with the game, or create your own adventure by selecting various options (such as party size) and creating new characters.

There are various races to select from that influence the stats and abilities of characters (like Intellect, Strength, and Agility). You can also customize the characters by selecting various skills and abilities for them. Once you've selected or created your adventure, you can begin exploring, questing, and fighting. You can collect various items and gear for your characters from vendors or random locations throughout the game.

You can earn experience and improve your characters' skills and abilities. You'll have to deal with elements like a limited supply of gold, characters becoming tired after traveling, bag space, the weight of armor/items, and limited supplies to use for casting spells. This game has all the necessary elements for an exciting and in-depth RPG.

One of the issues with the game is the learning curve that will require a decent amount of time to overcome. While some of the more basic functions of the game are fairly easy to learn or use, other elements are poorly explained or confusing (like abilities). It's going to take time for any player to learn and be able to handle to different aspects of this game. Even then, you may still run into problems. Combat is sometimes clunky and confusing, and with larger party sizes the battlefield quickly becomes crowded.

The controls for the game are relatively simple and straightforward. Combat, moving and interactions can all be accomplished with the mouse, or with shortcut keys. While the game really doesn't explain or introduce the controls, they're not too difficult to learn or use.

One possible issue with the game is the simple and dated graphics that it uses. The graphics look like they belong in a game that is much older. There also isn't a ton of detail or action (you don't see swings during combat, or detailed movement when exploring). Some players may like the sense of nostalgia that comes from the graphics, but most will likely be put off by them. There are also some issues with the design/layout of the menu and some of the screens/panels containing information. The user interface could definitely be improved and made easier to use or navigate.

Runesword II is an RPG more suited to hardcore fans of the genre, players looking for an RPG experience like that of tabletop or pen and paper games, or anyone looking for a game that looks and feels like classic RPGs. The dated graphics, learning curve, and combat system may be enough to annoy or put off other players.

However, the game does have many positive features that make for a great RPG as well. There are pre-made adventures to take on as well as the ability to create your own. You can see the actual die rolls during combat that determine the outcomes of attacks. New characters can easily be created and customized as you see fit. You can explore the world and you complete quests or fight monsters.

Considering that this game is completely free and continues to be improved and updated, there's no reason not to give it a try. 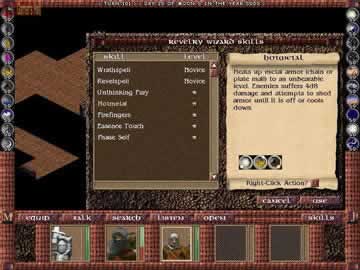 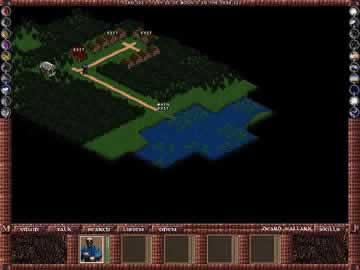