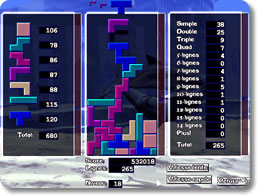 Shift the Blocks and Clear the Board in This Addictive Puzzle Game!

A New Twist on a Classic

You may have played similar puzzle games featuring falling blocks, but you've never played anything quite like Quadra. The game is played on a rectangular playing grid. Blocks shaped like tetrominoes fall from the top of this grid, and players direct their fall. If the blocks form a solid row, the row disappears from the grid. This simple gameplay is fun and incredibly addictive!

Quadra takes puzzle gameplay to the next level by adding gravity to the equation. The result is the possibility of explosive, massive moves that clear more than four lines of blocks at a time. With careful stacking, the majority of the board can be cleared with a chain reaction sparked by a single move. It takes strategy and practice, but the payoff is sweet! For block puzzle fans who like to make thought-provoking plays, Quadra is the ultimate end game!

Normal mode starts out slow and builds in intensity, gaining speed and momentum as levels increase. Sprint mode is five minutes of fast and furious puzzle action. Choose the single player mode that fits your mood and playing style!

While the single player mode provides hours of engaging puzzle action, multiplayer mode is where Quadra really shines. Players from all over the world can join up and play together in real time thanks to Quadra's built in TCP/IP connection. You can either join in on another player's game or start one of your own.

Massive multiplayer battles are made even better with the addition of new and unique rules in each game mode.

Quadra is a fantastic puzzle game that's family friendly and sure to please any puzzle fan! 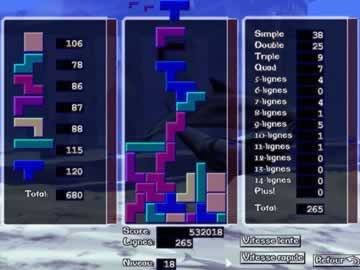 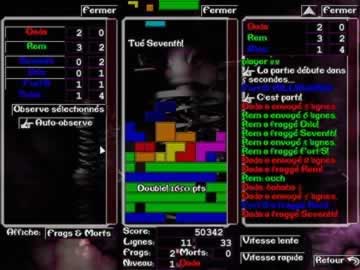