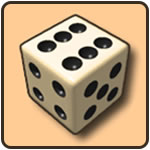 Test Your Luck and Strategy in This Classic Dice Game!

Yahtzee has been an enduring classic since its creation in 1954. Yahtzee bears a strong resemblance to many other dice games from the past but features a unique twist all its own.

You may wonder where Yahtzee got its unusual name. It was originally called "The Yacht Game" because the couple who concocted it played the game on their yacht. Yahtzee later gained commercial success as a game that made thinking fun.

Open Yahtzee is a great, relaxing single player game. Like poker, elements of luck, strategy and probability are at work during each game. If you've ever enjoyed the laid back pace of solitaire but wished for a bit more of a challenge for your brain, Open Yahtzee is the game for you!

During each turn of Open Yahtzee there are three different rolls of the dice. You get to decide which dice to keep during the first two rolls, but you must take what you get on the final roll. Deciding what to score and what to re-roll is where the strategy comes in.

The lower section consists of different poker themed dice combinations along with the infamous Yahtzee. These include:

Some rolls will apply to more than one of the above categories. You must choose carefully for the highest score!

Now you can enjoy a quiet game of Yahtzee thanks to Open Yahtzee. The game automatically keeps score and there are no pieces or paper to lose. Mousing over each scoring option on the board even provides a preview of how many points that decision is worth!

Open Yahtzee takes the original classic and makes it better than ever before! 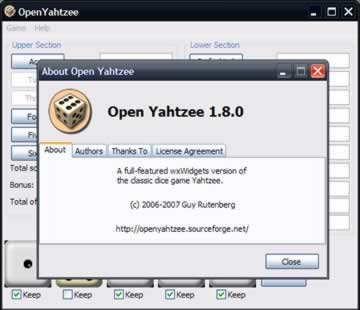 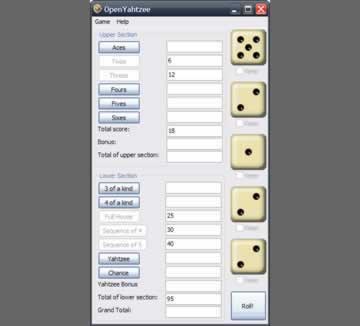