Fight your way through the mean streets with friends in this multiplayer action game! 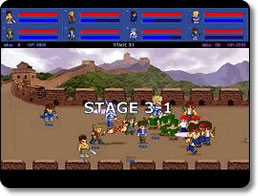 Have you ever had one of those days? You know the kind; you wake up on the wrong side of the bed and the only thing you want to do is break something. Unfortunately, circumstances just keep you from venting your spleen safely and legally. Luckily, Little Fighter 2 offers a way to engage in some good old-school brawling from the comfort of your own home.

Choose Your Way to Brawl

There’s no wrong way to win a fight and Little Fighter 2 proves it by giving you all sorts of ways to kick butt and take names!

Play a Variety of Game Modes

Fighting is all well and good, but Little Fighter 2 provides all sorts of different ways your battles can be carried out.

Bring Your Friends Along or Beat Them Up!

If playing against the computer is just is not doing it for you, then Little Fighter 2 gives you the opportunity to duke it out with human players. Every type of game supports multiplayer in some form.

Never Back Down From this Fight

If you have fond memories of beating the snot out of hundreds of mooks in the arcade, then Little Fighter 2 is a challenge that you have to accept. It offers an addictive and fast-paced experience at no extra cost to your wallet! Get some friends together and get busy blackening their eyes in Little Fighter 2!

If you loved Street Fighter, Mortal Kombat or any of the 2D fighting genre games then you need to have Little Fighter 2. Several different modes of battle that you can experience alone, with a friend or with the computer make this a very large game. This is definitely one of the best 2D fighting games available and it is completely free.

There are several ways to experience Little Fighters 2: Stage mode, VS mode, Championship, Battle mode and Demo mode. Stage mode is the campaign of Little fighters, it is only five stages with bosses here and there, so it's a little short. The VS mode lets you choose your opponent, where you want to fight and the difficulty level. Championship mode lets you fight a bracket style championship of 1 VS 1 or 2 VS 2 battles. Battle mode is a brawl style fight where two teams have armies of players that fight to the last team standing.

Demo mode is a way you can watch computer opponents fight without having to fight yourself. The campaign mode is a little short, but it is still really entertaining to play. You fight bad guys as you work your way through the stages and if you rescue prisoners they will fight alongside you until they are killed.

The controls for Little Fighter 2 are completely customizable and you can have up to four players on the same keyboard (a max of two is more likely due to a lack of space). You will need direction keys to control movement, a jump key, an attack key and a block key. Basic actions are controlled by individual buttons, but special moves require you to use several keys at the same time.

Unique Special Abilities For Each Character

Each character (there are 24 total) has their own unique special abilities. Freeze can summon an ice sword that freezes enemies or Rudolf can throw multiple ninja stars at once. There is no tutorial that will teach you these moves so you will have to either figure them out yourself or look them up online. All modes of the game can be done in multiplayer mode, which can be on the same computer or over a network.

The graphics in Little Fighter 2 are similar to that of Nintendo era graphics. Though the graphics are dated, they don't detract from the gameplay at all. It gives the game a retro arcade feel and will bring back memories to anyone who has played similar games in the past. The soundtrack is fairly limited, but includes some good rock music that adds to the fighting atmosphere. The developers did a great job with the graphics and sound.

Only a few minor flaws are apparent in this game. The first thing is the short campaign mode. The appeal of this game could have been greatly increased by lengthening the campaign. There are plenty of other ways to experience the game, but a good story always adds to a game. The other noticeable problem is with the multiplayer. With the number of keys you need, it would be difficult for even two players to play on the same keyboard. The option of playing over the internet would have been a great addition to this game.

Little Fighter 2 offers some of the best 2D fighting action around. Basic controls are easy enough for anyone to figure out and special moves will give you a fighting advantage once you learn the combos. The few minor problems pale in comparison to the rest of this great game. If you like any kind of fighting game, or are even remotely interested, this is a great, free game to download.

Watch these clips to see the shooting action! 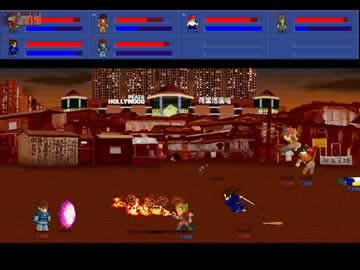 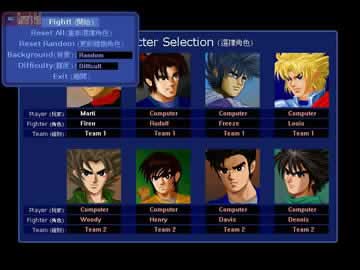