Find the answers and solve the sinister mystery in Heartland 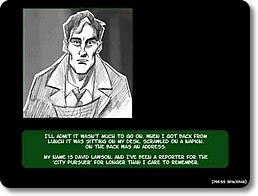 Looking for a quick and fun adventure game with a suspenseful storyline? Then Heartland is the game that you've been looking for!

With great writing, intriguing cutscenes and a panoramic 3D setting, you'll be investigating the scene as reporter David Lawson trying to crack one of the strangest stories the City Pursuer newspaper will ever publish!

The entire game happens in a single room, where you'll be looking for all the relevant clues. So, watch some TV, listen to some tapes, but just pay careful attention to the shadows if you want to uncover the frightening truths hidden inside the Heartland room!

Heartland Deluxe strikes more fear into the hearts of its players than just about any other casual adventure game. Expect to be a bit frightened by this mystery game.

The plot of the game does a marvelous job at keeping the paranormal intrigue going by revealing very little with each new component unlocked, including a series of cryptic tapes with muffled recordings of test subject and tester. Spooky flashes of vague figures and an overwhelming headache slowly push you towards your ultimate fate, the only tragedy is just how soon that fate approaches.

There are only a limited number of tasks you must complete that lead to the finale which is reached rather abruptly, not to mention a cliffhanger presumably in anticipation of another installment of Heartland.

This aside, this game is a pleasure to play. The graphics are lovely and complement the mysterious mood of the game rather well. Random noises, music, and visual cuts are used to inspire fear in the player – a task at which is fully succeeded without being cheesy or lame. Scrolling follows cursor movement which is a nice break from the typical adventure game which does not feature such elaborate multi-dimensional graphics.

Conclusion - A Free Game With a Great Theme

Aside from the length, which is admittedly a major detractor from the overall appeal, this game is recommended to all audiences as it is superbly well done and appropriately priced.

Observe some of the the gameplay that takes place in Heartland Deluxe. 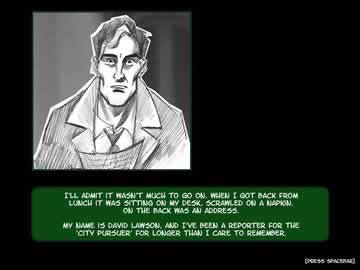 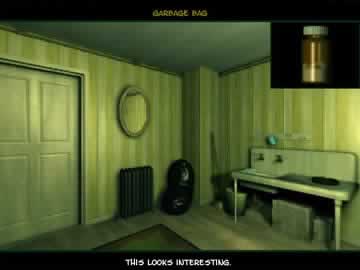