Build up your space army and take over the galaxy!

At first glance Gate 88 seems quite reminiscent of the game Asteroids. And fittingly, with its colorful vector-style graphics and space theme the game does successfully capture the feel of the classic shooter.

But once you get past the introductory tutorial, you'll realize that Gate 88 is much more than a simple space shooter, because it's also a really fun and unique real-time strategy game!

The action is fairly straightforward, but also very exciting and explosive. The real challenge is to build and maintain your fleet while you fight for territory, because you have to stay on top of it all if you're going to win!

Gate 88 also features a great soundtrack and great battle animations to accompany your missions, and with the online multiplayer feature, there's a ton of replayability in this completely free game.

Gate 88 is an action packed, space based real time strategy (RTS) game. It is a unique combination of of Asteroid and an RTS game. You will compete against and endless stream of enemy bases for as long as you can handle the fight. Upgrading your ship and defending your base is just the beginning, as you fight to keep control of space.

This RTS takes place in space (the background can be changed but you are still in a spaceship) and puts you in control of defending your base while simultaneously trying to eliminate the other bases controlled by the enemy. You must build turrets and fighters to keep your main station alive. Buildings also provide upgrades to your ship allowing you to venture out and attempt to destroy enemy bases. Transportation gates allow you to warp from one point to another instantly allowing you to attack enemies that are far away. Be careful, because your enemies are able to defend their bases just like you.

Tutorial Is a Nice Addition

A tutorial is offered at the main screen and is very necessary for this game. All controls are located on the keyboard, so you will need to know the location of all the build commands. At first, if you are used to standard RTS controls, the controls can be difficult, but once they are mastered they work much faster. You can place new structures with three or four keys making repeated tasks much quicker.

There are several types of buildings you will need to construct but the main ones are the turrets for defense and the research buildings to upgrade your ship. Upgrading your ship is very important and will allow you to successfully eliminate enemy bases. You can add guns, armor, speed, and auto turrets. Enemy bases spawn at set intervals of time and will continue to spawn until you end the game in practice mode. Online multiplayer exists, but wothout friends you will have no one to play against since the online community is nonexistent.

Don't Play It For the Graphics

The graphics are not amazing and don't add anything to the game but they also don't detract anything. Everything is easy to distinguish from others by color or shape. The sound is a bonus, Gate 88 has an excellent “spacey” soundtrack that will make you feel like you are on a space ship yourself.

Without online this game could become boring since there is no specific victory in practice mode. Enemies will just keep spawning every time you kill them until you lose or quit. Also there is no map variety, every map is just open. You can change the background to various things but that is just cosmetic. Since no online community exists multiplayer is limited to setting up games with your friends.

Overall this is a good game. You get to pilot your own ship while constructing a defense system for your home base. High speed attacks on enemy bases utilizing the upgrades on your ship is just the beginning. With the in-depth tutorial anyone can learn this game and have a great time playing it. Recruiting your friends to download it will increase your enjoyment as you start playing multiplayer. As a free download for the complete game this is more than worth it. 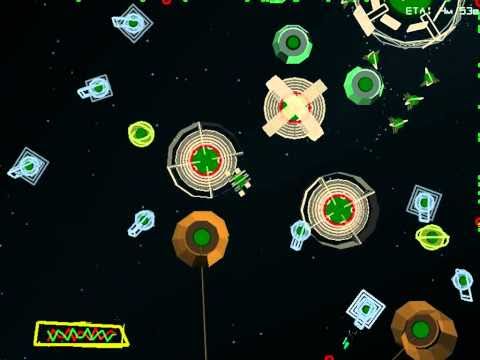 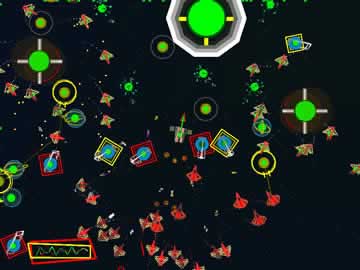