Fight Fearsome Monsters as You Uncover the Mystery Surrounding the Viscount's Son!

Not All is Well in the Land

Thirteen years have passed since Kaiten’s previous ruler, Viscount Khedra, was found to be possessed by a Pride Demon and deposed of. Since that time, the city-state has lived in relative peace and prosperity under the rule of its new viscount, Ravi.

Unfortunately, not everything can last. In light of the most recent Blight, the malevolent Darkspawn have begun to appear in the Free Marches. Worse, they’ve surrounded the lands owned by Ravi’s son, Eiton.

As one of the viscount’s most trusted lieutenants, it’s up to you to fight your way through the Darkspawn horde, find out what’s happening, and rescue Eiton.

A New Legend with a New Hero

Fighting is a way of life in the Dragon Age universe. There are many hostiles between you and Eiton, and it’s going to take a lot of strength, strategy and guts to defeat them all.

Thanks to your years of loyal service to the viscount, you will be granted a personal estate. This will act as your base of operations and provide a bevy of services that will help you on your quest.

Dragon Age Legends offers a bite-sized RPG experience, complete with tactical battles, a character-driven narrative, and limitless ways to build your avatar. Best of all, it does it all for free. If you’re a fan of Bioware’s epic series or are looking for a little fantasy adventure, get Dragon Age Legends.

You’ve got nothing to lose and everything to gain! 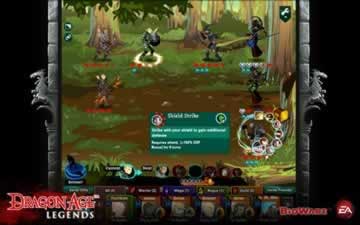 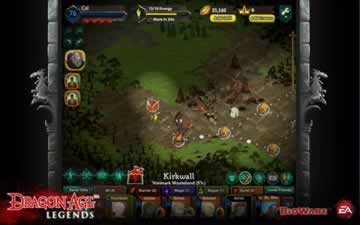