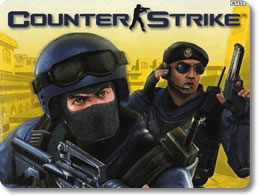 Gun Down Other Players Online as You Rescue Hostages and Defuse Bombs!

The Shooter that Started it All

If the gaming industry is short on one thing, it most certainly is not multiplayer first-person shooters. These days, you can’t fire a gun without hitting at least one. Its popularity is in large part thanks to the work of a little title called Counter-Strike.

Beginning as a humble mod for Half-Life, this gem has expanded over the years to become one of the largest and most popular FPSs ever. Few other games in the genre can boast the number of maps, weapons, mods and players that this one has amassed over the course of its lifetime. Wield all sorts of lethal weapons, from shotguns to sniper rifles to machine guns, and start racking up a body count as you set out to blow up buildings and rescue hostages.

The only question that remains is this: whose side will you fall on? The terrorists who don’t care how much destruction must be wrought to make a buck, or the counter-terrorists whose best negotiating tools are a collection of loaded rifles?

Getting it to Work

Counter-Strike is an old game and old games sometimes have issues on modern systems, especially Windows 7 and 8. Before you get started, you might need to tweak a few things to get it to run on your computer correctly. If the game doesn’t work for you after installation, consider doing the following steps to run it in compatibility mode.

It should be noted that Windows 98 is not the only mode it will work on, just the safest and most surefire. If you want, you can try to play Counter-Strike by running it in compatibility mode for the following operating systems:

Counter-Strike was hardly the first multiplayer FPS, but it’s the one that set the benchmark for quality. Players are divided into two teams: Terrorists and Counter-Terrorists. In keeping with that theme, it features a number of unique game modes where both teams have asymmetric winning conditions that you won’t find in many other FPS on the market.

You have your different game modes, you have your friends and enemies, and now all you need are a few means of blowing fools up and away. Fortunately, the number of firearms in Counter-Strike should not disappoint.

You may not start out with anything too impressive at the beginning of the match, but you’ll acquire money as you play. Spend this cash to get even more impressive guns and use your superior firepower to turn your enemies into Swiss cheese!

Counter-Strike may be over ten years old, but don’t let that deter you away from it; it’s still one of the most widely-played shooters on the market today. The community is just as active now as it was during release. Not only that, but it’s constantly introducing new content to Counter-Strike that helps keep it fresh.

Counter-Strike is one of the most important games in the industry, as well as one of the very best. It popularized many of the conventions we associate with multiplayer FPSs today, yet still has its own unique spins that you won’t find anywhere else. Get Counter-Strike; few other titles will offer as much bang for your buck. 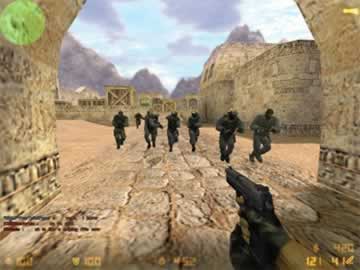 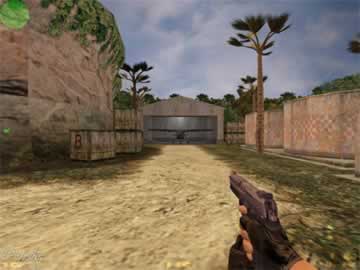