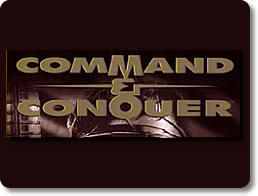 To celebrate the 12 year anniversary of the much beloved Command and Conquer series, Electronic Arts has made the game that started the real time strategy rage a completely free download!

The Original Command and Conquer

Command & Conquer, is an interactive strategy game like no other. Unlike traditional "strategy" games, Command & Conquer offers real-time combat. The emphasis isn't on turn taking or solving tactical problems like fuel, food, and bullets, but on real-time thrills, spills, and kills.

In Command & Conquer, you must first choose who you fight for. Does your allegiance go to The evil Brotherhood of Nod, a terrorist faction bent on world dominance? Or, do you choose to fight for the good of all, and support the United Nations Global Defense Initiative (GDI)? Each side has its own campaign and unique units.

Added to the addictive fun of the game's play are the animated cinematic sequences. Employing the latest cutting-edge graphics techniques, the Westwood staff artists working on Command & Conquer combined the use of rendered and digitized full-motion video. Set to a script written by professional screenwriters, these animated sequences set the game play in an exciting story that places you right in the middle of the action.

And because you asked for it, Command & Conquer will allow you to go head-to-head against other commanders in specially designed missions over a modem (2 player) or network (4 player)! As most of us know, nothing feels better than blasting your friends into dust, then gloating in triumph afterward. All of this, combined with the ability to play good or evil, modem or network, Human or Computer AI makes Westwood's Command & Conquer a game with tons of replay value.

Check out some footage from the first real-time strategy game of the Command & Conquer series. 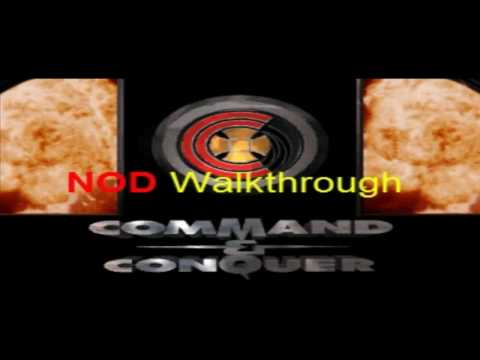 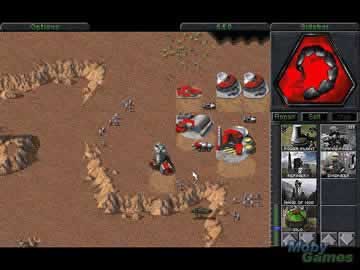 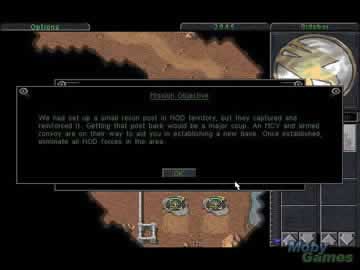