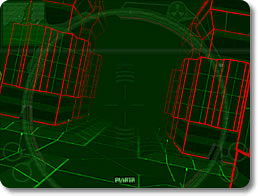 Liberate the people of Cholo in in this cyberpunk adventure shooter!

Here's a great re-make of an old favorite! 'Cholo' is based on a memorable cyberpunk game of the same name released in the late 80's, but this time around everything has been rebuilt with new Tron-like graphics and exciting, upgraded levels.

Master the droids and free your people!

Cholo is a both an adventure game and first person shooter, and your goal is to free the people of Cholo city from their refuge bunkers, where they've been hiding for hundreds of years! Get ready for some serious fun as you guide your helper robot through the postapocalyptic mire.

Cholo provides an excellent science fiction adventure. Destroying security bots and hacking computer terminals is just the beginning of your adventures. You will need to use all your wit to figure out what needs to be done and how to get it done. Many challenging tasks await you in this futuristic adventure game.

In Cholo, you play as Jared who was chosen by a computer to free the descendants of the former residents of Cholo. The people of Cholo moved into an underground bunker shortly before the apocalyptic war that destroyed the world. If you are unsuccessful in liberating your people you will be absorbed into the living computers protein tank so that the computer can live on.

The first robot you can control is Rizzo, a rat bot that has a laser gun to destroy turrets and disable bots. As you progress farther into the game you will take over more bots. You can only operate one bot at a time and each bot has a different capability. Igor can hack computers to gain useful information including the access codes to other robots. Many dangers await on the surface in Cholo, so proceed with caution.

Controlling your robots is fairly simple. Movement is controlled with the WASD keys and the mouse allows you to look around and fire. Other robots like the flying bot use other keys to move up and down but this can also be accomplished with the main keys. You will need to perform actions like shooting other bots until they are paralyzed so that you can hack them and take control. Most objectives are unclear and unmarked so you will need to spend a large amount of time exploring to figure out what exactly needs to be done.

The graphics in Cholo fit the game perfectly. The city and all the robots are done in wire frame style. Everything looks as though it is solid, but constructed on a wire frame. This fits in perfectly with the game's theme. The graphics won't be winning any awards, but they couldn't fit the game any better. The sound also contributes very well to the atmosphere. You will really feel like you are in an uninhabited city after an apocalyptic war.

Dear Game, Please Tell Us What To Do - Sincerely, Cholo Player

The biggest drawback to Cholo is the lack of direction. You are not told anything about what to do. This will lead to a lot of mistakes. An example would be killing a bot you need to complete the mission. Several bots are needed to complete the game and if you kill one you can no longer finish the game, but nothing lets you know that. This does add to the playability of the game, because once you have figured out what to do there really isn't much to completing the game.

Conclusion - Great Story and Exploration Make It a Winner

Cholo is a great Sci-Fi adventure game. There is plenty of exploring to do and a great back story to read. The game is a little bit difficult so younger players might need some help, but everyone can enjoy and appreciate the classic arcade style game. Your mission is of the utmost importance, your life and the lives of all the residents of the bunker depend on you. 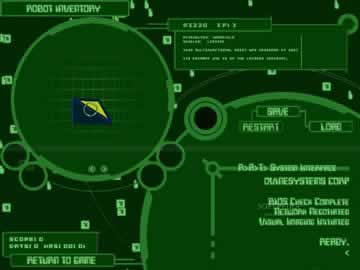 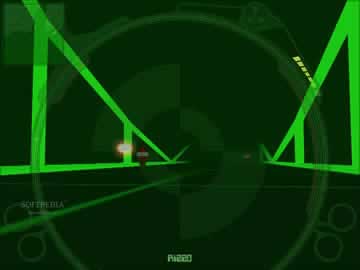