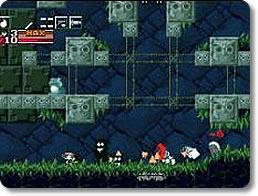 Help the Mimigas while you explore and try to find your way out of the endless cave!

Cave Story was published in 2004, but despite it's modern release, it still proves to bring back memories of the old-fashioned side-scrolling games such as Metroid and Castlevania. You will find this game to be intuitive in gameplay and extraordinarily addicting because of its simplicity and how well it integrates all of the games componets to make this one of the most enjoyable games out there!

If you are the type of person who chooses to download a game based on a screenshot, you probably won't download Cave Story. This is really too bad, because you will be missing out on a really fun little game.

If you are a fan of Mario, Zelda, Metroid or any other game in those genres, Cave Story is a must have game. Even if you have never heard of any of those games you still will love this great game. This game is a mix of adventure, shooting and role play game (RPG) genres that has something for everyone. Best of all, it's completely free. Download it now and you will be hooked.

The game starts with you waking up in a cave with no memory of who you are or where you're at. Eventually you find yourself in a village of strange creatures called Mimigas. The Mimigas are being captured and held hostage by the Doctor. It becomes your job to help the Mimigas, as well as many other characters along the way, by defeating the Doctor and his minions.

As the title suggests all of this takes place in caves. There are several areas that are all different. They reflect different environments such as a dessert or grassy plains, so you wont get bored with the scenery. Using your skills and help from others you will fight bosses, solve puzzles and obliterate enemies with your arsenal of weapons.

Cave Story has fairly simple gamplay, but still provides a challenge. You use the Arrow keys for movement and interacting, Z for jumping and X for shooting. Along the way you will need other keys like S for swapping weapons. When you start the game you only have a small amount of health, but you can increase your health by collecting health capsules. At first you will only have the Polar star, a sort of laser blaster, but as you go you will pick up or trade for better weapons. You can get a rocket launcher, a machine gun and even a gun that shoots balls of fire that go bouncing across the screen. Each gun can also be upgraded by picking up a certain number of triangles that drop from enemies you have killed. Through levels you will face a variety of different enemies and in each zone there is at least one boss fight.

Your Choices Will Change The Game and Ending

The choices you make along the way will lead to different options opening up, like an extra dungeon. The ending of the game is also determined by choices you make. There are three possible scenarios for the ending: good, bad and normal. The variability in the game makes it very replayable so you can see how your choices affected things. There is also a large number of hidden treasures that you can find.

The graphics in Cave Story are similar to that of the original Nintendo. They definitely don't meet today's standards of graphics, but they work excellently for this game. The old style graphics give it a retro feel and don't detract at all from the gameplay. The sound is perfectly matched to the atmosphere of the particular level. When things are dangerous and scary the music matches. The sound and graphics only add to this game's greatness.

Conclusion - One of the Best Freeware Games Available

Cave Story is one of the best freeware games available today. The action packed adventure will have you sucked in from the start. The superb storyline makes you feel for the characters and want to help them. Even with a lack of difficulty settings, this game will provide an entertaining challenge for everyone. If you haven't already, download this game now. Make sure you have some time because you won't want to stop once you start.

View an assortment of gameplay clips featuring the various stages, weapons, and enemies you'll find in this platform adventure. 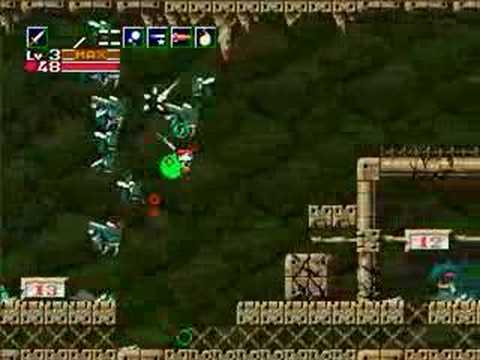 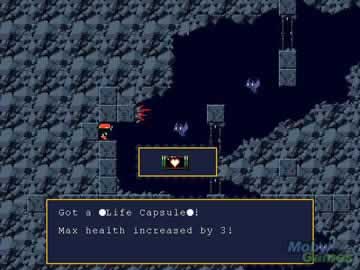 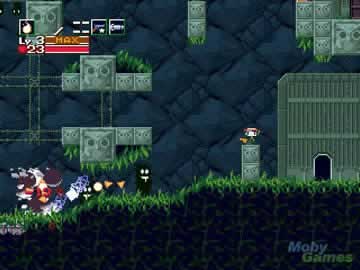