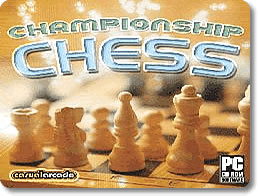 Championship Chess presents the classic board game of strategy and smarts with a host of great features for chess players of all skill levels.

Choose between 2D and 3D modes to visualize your attack. See a list of all possible moves and keep a record of your choices. Pick your difficulty level and type of opponent, computer or human.

It's easy to configure the game and board to fit your playing style! Plus, you'll enjoy intuitive and responsive gameplay from the famous Chess Tal game engine.

Championship Chess provides a good in depth chess experience. This particular chess game is adequate for beginning to mid level chess players. A range of difficulty settings may not provide a challenge for expert players. The 3D pieces and board are relatively useless, but the 2D view makes this a good game to play if you already have some chess experience and want to improve your skills.

Some Good Hints and Helps

This game is played with the normal rules of chess. Lower difficulties allow you to undo moves as you are learning. You can turn on a list of possible moves you could make. These moves give you the piece to be moved and where to move it. The moves list also tells you whether it is a good idea to make the move. You can also adjust the appearance of the chess board and pieces. There are traditional style pieces and pieces that have been glamored up a bit.

The difficulty can be adjusted from 1 to 50 with 50 being the hardest. There is not much apparent difference between 1 and 50. The first level opponent makes moves a lot faster, but they are almost identical to the fiftieth level moves . The other option is to play the multiplayer with a friend. You can either compete on the same computer just taking turns, or you can compete over a network connection on separate computers.

The graphics in this chess game are slightly below average for current chess games. The 3D game board is lacking and it is difficult to distinguish the pieces. You probably won't use the 3D board very often. The sound is minimal. Each time you move a piece it sounds like you just set it down on the board. The ticking clock can get annoying when the computer takes a long time to make a move. While the sound and graphics aren't top of the line they are adequate for a chess game.

3D View is Messed Up

As you can see the game has a few flaws. The orientation of the camera for the 3D board can make it difficult to see the pieces in play. The smaller pieces can be blocked by larger pieces behind them and it is also very difficult to grab them. To see the location of the pieces you can switch to a 2D board view, you will most likely spend most of your time in the 2D view. This is nice to see the pieces but it would also be nice to be able to rotate the camera.

Another drawback to this game is that when playing against the computer at random times you will all of a sudden be playing a two player game and not over the internet. If you are unaware of the switch you might find yourself waiting on the computer to make a move that will never happen.

Conclusion - There Are Better Options Available

Championship Chess brings all the strategic elements of chess to your computer. A lack of clear difficulty levels severely limits this chess game. This game is best suited for beginner to intermediate players. The moves list is very helpful and can be an excellent tool for learning some chess strategy. There are better options available for a chess game, but Championship Chess does provide some unique options. 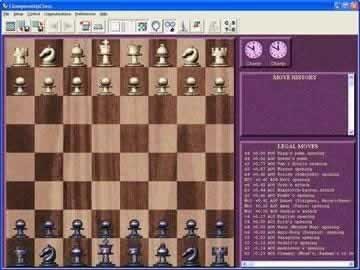 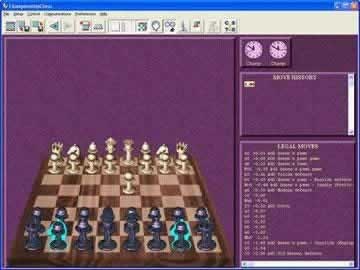