Classic Spite and Malice for play on your computer! 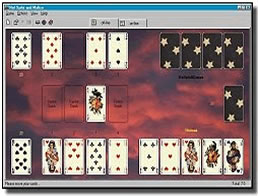 Also known as "Cat and Mouse", is a kind of competitive patience (solitaire) game for two players you can play against the built-in computer opponent and/or against a human opponent through the Internet or over a local area network. Both players try to be the first to get rid of a pile of "pay-off" cards by playing them on central stacks which are begun with an ace and continue in upward sequence to king. The game is turn based rather than a speed race. The game download above lets you play free for 10 days, after that game play is limited to 10 minute sessions. 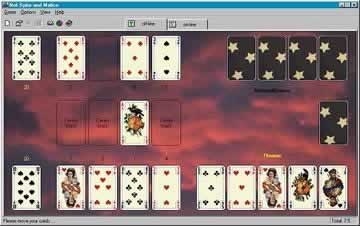 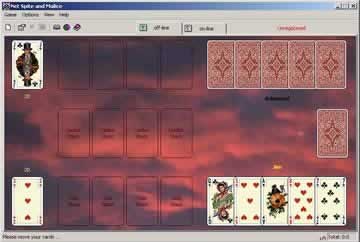