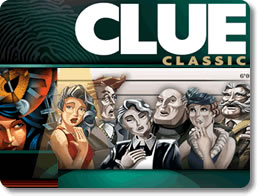 CLUE Classic is a fantastic remake of the CLUE board game!

Best version of the board game yet!

CLUE has been a favorite for years and now you can play it on PC without the need for other players!

Solve the mystery that's kept everyone guessing for more than 50 years. Col. Mustard, Prof. Plum, Miss Scarlet and the rest of the usual suspects have gathered together in stately Tudor Mansion to determine who killed Mr. Boddy, where the murder was committed, and how it was done.

Was it Mr. Green in the Hall with the revolver? Or perhaps it was Mrs. Peacock in the ballroom with the lead pipe?

With six suspects, six possible murder weapons and nine rooms in the mansion, there are hundreds of possibilities, and plenty of clues to investigate!

Roll the dice and travel to the different rooms of Tudor Mansion and make guesses about the suspects, weapons, and rooms. Use process of elimination logic to narrow down the final 3 and make a successful accusation to win!

Play by yourself against the computer or play along with others! No setup time and a great way to practice your game. 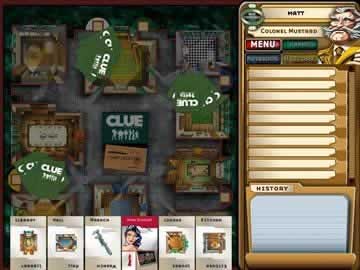 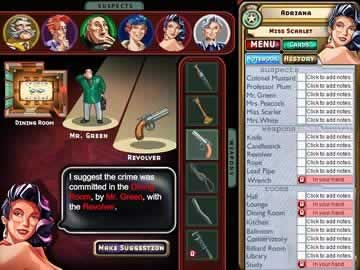