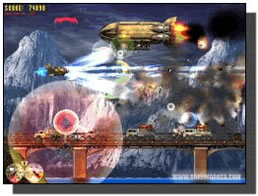 No exaggeration - quite possibly the best space shooter ever made. A real breakthrough game!

Jets N Guns is the finest space shooter I have ever played. And no, I don't say that lightly. In fact, I am fully prepared to defend my statement.

1st reason Jets N Guns is so good - The upgradeable weapon and ship systems are the finest ever created. You earn money during missions and can buy new guns and equipment for your ship.

Every weapon can be further upgraded for more power or speed but often at a heat cost. Buy better cooling systems for your ship to compensate. You can upgrade your ships hull for more durability, upgrade bombs and missiles, sell older technology, swap out weapons for different levels and more. This is the most customization I have ever seen and it plays perfectly into the game and is not some meaningless feature.

2nd reason Jets N Guns is better than its peers - The action is far beyond simple waves of ships coming at you. There are tons of air targets of various kinds and new ones with each level. There are ground weapons system, there are men in jet packs, men on the ground with guns, stationary missile launchers and more.

There are also a ton of buildings and structures to demolish - by shooting them yourself or destroying flying objects that crash, burn, and blow up anything they land on. Truly total carnage that is so enjoyable you will cry when your trial version runs out.

3rd reason that if you don't try Jets N Guns you should crawl back into the closet you've been living in - The graphics and sound are top notch. Many games of this type make such wild claims - this game delivers. The heavy metal soundtrack is a perfect compliment to the rocking action and the visuals on some levels will distract you and make you forget you should be flying and shooting, not looking at the pretty backgrounds.

I haven't even mentioned the special devices you can buy for your ship like the hacking device that opens up cargo containers or the Pirate Bounty that identifies the ships the most wanted pirates fly.

There is so much innovation here that other shooters look like Pong in comparison. If you don't believe me that Jets N Guns is this good, go ahead, play it. I dare you!

Jets N Guns is a side scrolling shooter at its finest. Endless bad guys, both on the ground and in the air, means anyone will be challenged. You will need to upgrade your ship's weapons, systems and even the ship itself. Beautifully detailed scenery and dramatic music only add to this amazing game. Nonstop action will suck you in from the start.

Your goal in Jets N Guns starts out as just a freelance ship-for-hire until your old army pal Col. Troubleman contacts you. For some reason you don't trust him but go along with him anyways. It then becomes your mission to save the universe from Xoxx who is trying to get a cannon that can destroy the whole universe. You will have to blast your way through level after level of Xoxx's troops in an attempt to beat him to the cannon.

This game is a side scrolling arcade style space shooter. You pilot a ship that can move forward, backward, up, and down. You can easily customize the controls however you want in the options tab. You will need to control the movement of your ship, firing main weapons, dropping bombs and operating various ship upgrades.

Starting out, you have a basic ship with only a few gun locations but you will quickly move on to bigger and better ships which are gained in levels or purchased from the store. Equipping your ship is also done at the store. You can buy weapons, bombs, ships, and system upgrades. Adding a shield and a cooling system is vital to the game and necessary to complete levels. Additionally each gun can be upgraded several times, increasing damage or rate of fire. Earning money for upgrades and purchases is accomplished by eliminating enemies and collecting rewards. Along the way you must destroy both air and ground targets. When destroyed, ships will crash into the ground demolishing anything they land on.

Jets N Guns does a fantastic job with sound and graphics. The graphics are above and beyond any side scrolling shooter. Everything is well detailed, little body parts can even be seen flying through the air when people are killed. The levels are all well designed and include even the smallest details like signs. The sound also adds a bit of excitement to the game. The well done soundtrack will amp you up for some serious destruction.

Hard But You Need the Challenge, Don't You ?

At first this game can be very difficult. The first few levels can seem almost impossible to beat even on the easiest setting. Until you can afford to upgrade your gun making it through the levels can be frustrating. Luckily there are save points allowing you to start from the checkpoint instead of the beginning. If the first levels allowed you to get accustomed to the game a little better it would be nice.

Another potential problem comes later in the game once you have really put some money into your ship. Once fully upgraded, your ship is nearly invulnerable. You can simply fly through the levels blasting away without fear of death.

Conclusion - A Stellar Shooter That Far Exceeds the Norm

Jets N Guns is a game you have to try if you are an arcade shooter fan. With the easy controls that you customize, everyone can enjoy themselves playing this game. With the power of unlimited destruction and mayhem you will surely have a splendid time. The minor difficulty at the beginning of the game is well worth the reward in the long run. 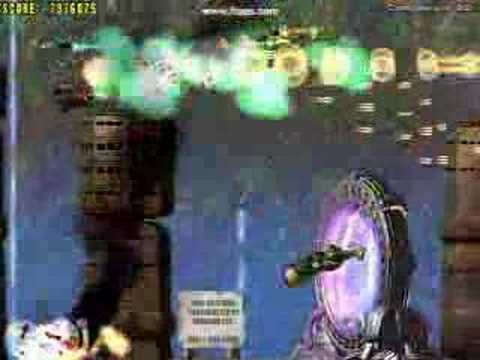 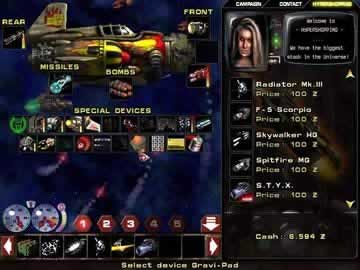