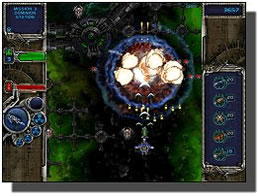 Alien Stars is a classic space battle filled with waves of enemies and weapon powerups.

Instead of being contrained to movement across the bottom of the screen, Alien Stars lets you maneuver around the entire screen, making attacks and defense moves much easier.

There are 3 different weapon types in game, each of which can be upgraded by collecting powerups. The upgrades kill enemies quicker but also diminish your weapon meter quicker.

Alien Stars consists of 11 lengthy missions, each with an end boss to fight at the end. 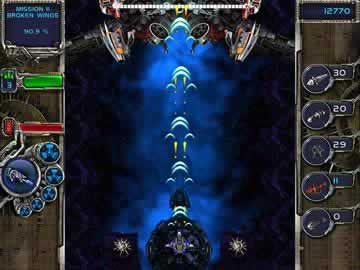 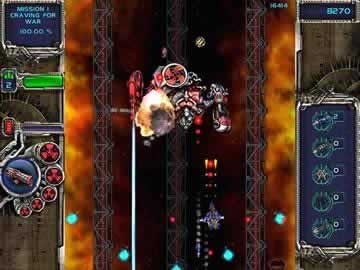