Battle the Covenant and Discover the Dark History Behind the Halo Array! 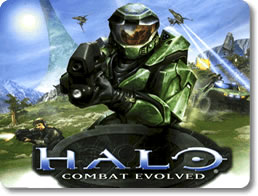 The Starting Point for Combat’s Evolution

This is it. This is where it all began. Halo is by far one of the biggest franchises in the industry, but it would not have been possible if it hadn’t been given the strong start that Combat Evolved provided.

Taking place on an alien world in the distant future, Halo puts you into the boots and power armor of a super soldier trapped in hostile territory with his fellow Marines.

Halo: Combat Evolved never lets up. At this point, it can no longer be called a game; it is a doorway to one of the most thrilling and detailed science-fiction settings ever conceived in recent years.

The Beginning of a Legend

It is the 26th century. Mankind has finally reached the stars and discovered many of the wonders that abound within the universe.

Unfortunately, not all of them are benign. For the past 25 years, humanity has been locked in a bloody galactic war against an alien menace called the Covenant. Consisting of many different races joined together under a common faith, it is no mere invasion force looking for natural resources to exploit; the Covenant is a crusade that considers the very existence of the human race to be an affront to its beliefs.

A ship named the Pillar of Autumn has just come under attack by a Covenant fleet and is forced to make a crash-landing upon the Halo Array. Since this massive ring-shaped structure is regarded as a holy relic by the Covenant, the aliens waste no time in purging the humans they feel are desecrating their sacred ground.

With times as desperate as they are, the crew pulls the Master Chief out of stasis. One of the last surviving Spartan super-soldiers, the Chief takes it upon himself to defend the survivors, beat back the Covenant, and discover what secrets are nested away inside Halo.

No first-person shooter is complete without having access to an array of weapons. Halo does not stint in that department. As you traverse the alien landscape, you will uncover a wide assortment of guns that can and will blow the Covenant to Kingdom Come.

Your enemies are relentless and intelligent. They fight tactically, duck behind cover, recharge their shields if they have them, attempt to outflank you, and man powerful stationary weapons and vehicles if they’re available.

They also come in three different factions, all of whom are unique and all of which require different strategies to defeat.

You won’t just fight the Covenant on foot. You can mix things up a little by using a variety of vehicles scattered throughout Halo.

Begin the Legend with Halo

Halo: Combat Evolved may be over a decade old at this point, but it has aged remarkably well. The action is still intense, the guns and vehicles are still a blast to use, and the story is just as epic now as it was back then. FPS fans cannot and should not miss this.

Halo is one of the most venerated franchises in the genre for a good reason and today is as good a time as any to get into it if you haven’t already; there’s no better place to begin than with the game that started it all! 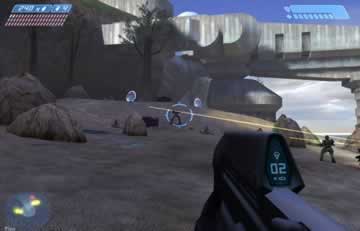 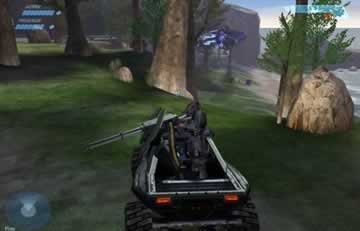